Sol and
The Tribu

Sol and The Tribu 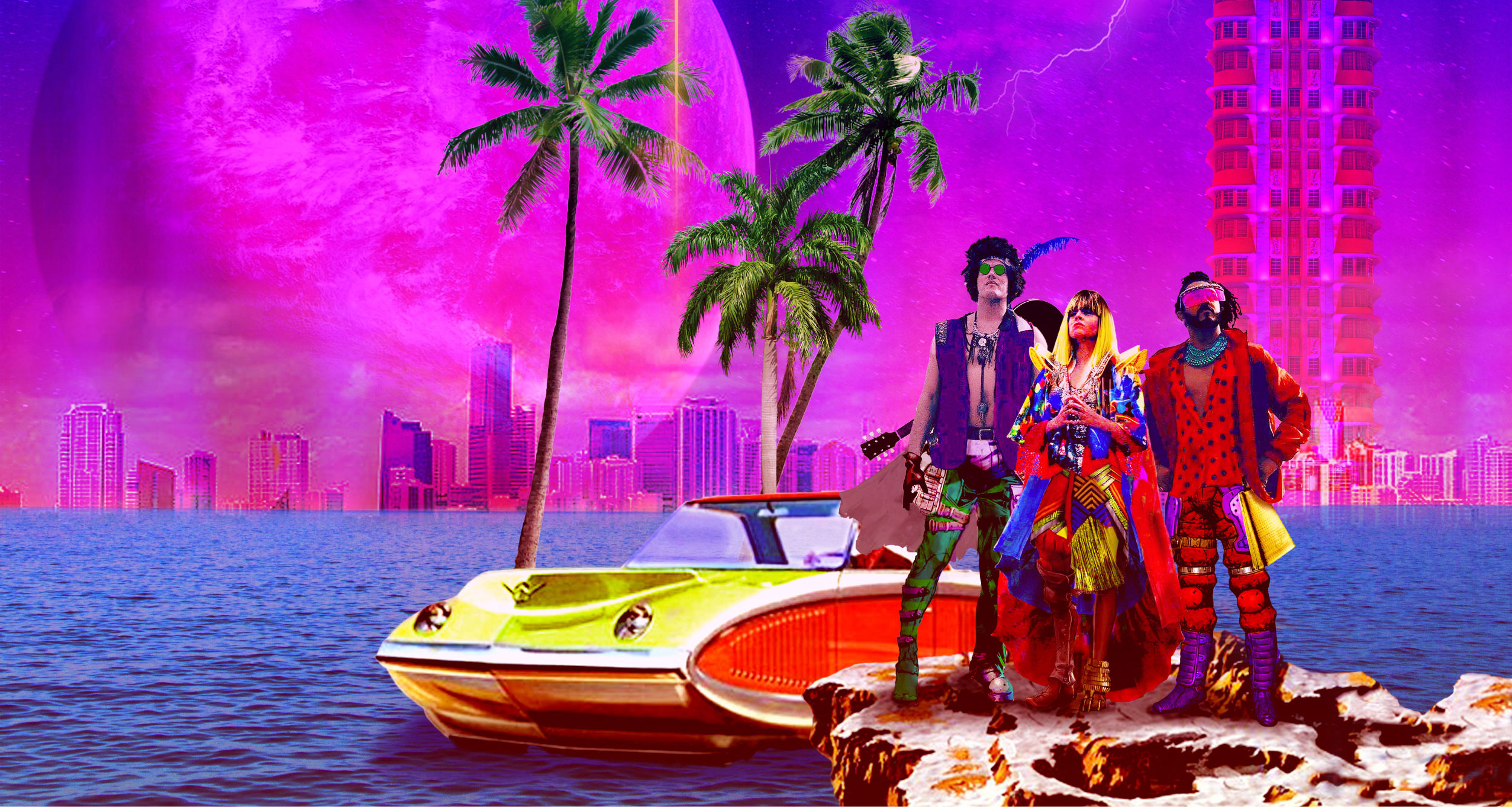 Creating a futuristic story of superheroes for an Album Release

Client
Sol and The Tribu

Sol and The Tribu is a group of Cuban musicians that blend traditional Caribbean music and modern technology with a distinct Miami twist. They had recently separated from a successful band in Europe to develop their own musical project back home in Miami and needed help developing their new and unique concept. The main challenges were launching their first album into the world, increasing their exposure, fan engagement, and ultimately booking presentations.
Outcome
‍
Through the creation of a backstory for the band that served as its foundation, we developed the cover art of the new album. From that foundation, we created and executed a marketing plan to introduce their new concept, generate engagement with fans, and create anticipation for the launch. The effort culminated in a live concert to drive views and listeners to Youtube and Spotify.
‍
Impact
‍
Since the rollout campaign of the album, the band tripled their income, increased the weekly inquiries for bookings, and created a solid following of new fans that love and understand who they are.
Learn More

The newly formed band not only gained recognition and a consistent online presence but soon after the release were overbooked for live performances. 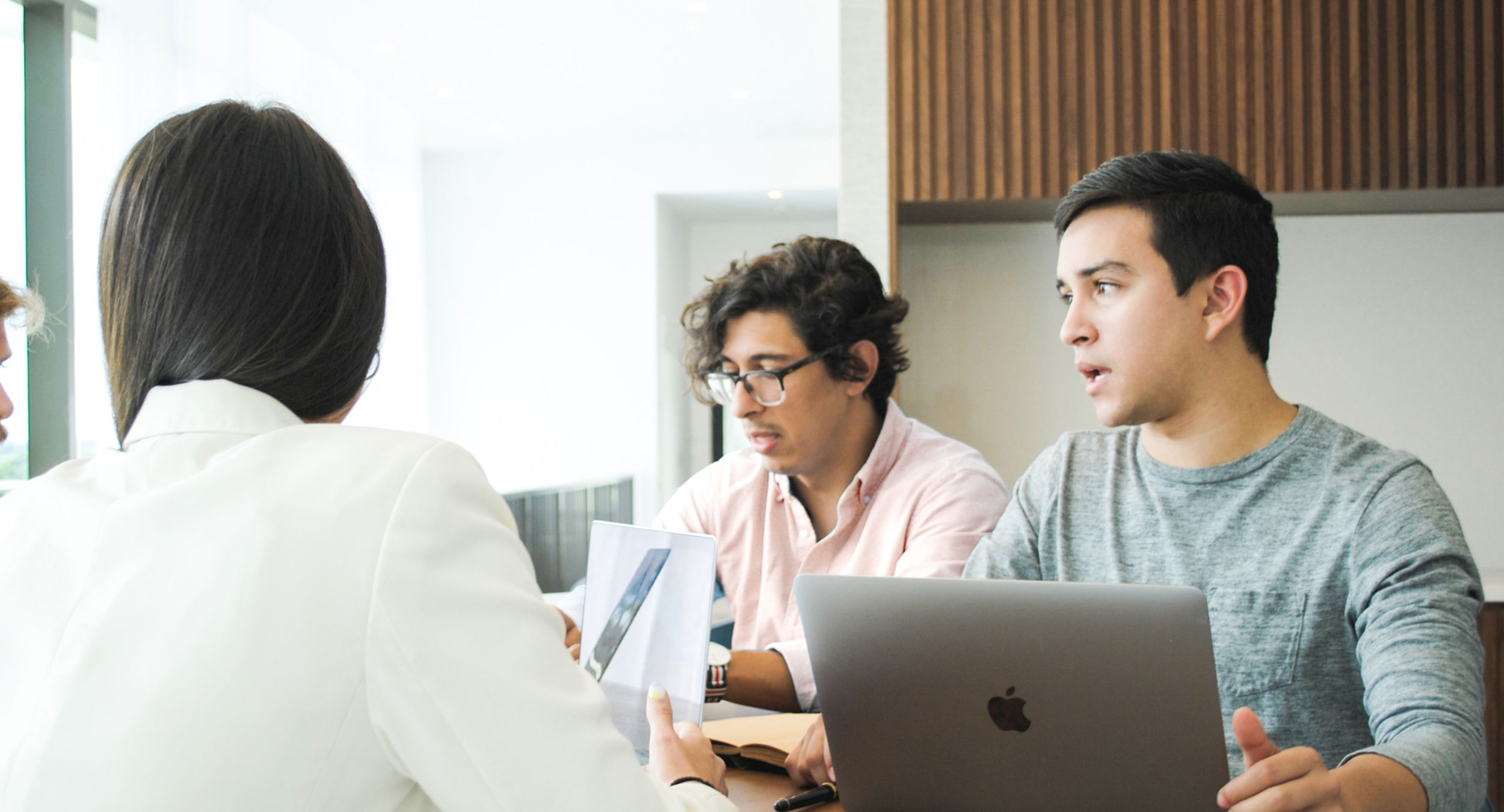 “Releasing the album was a defining moment for us not only because people would hear our music for the first time, but I believe it solidified who we are as a band.”

LEAD SINGER / Sol and The Tribu

As we dug deeper into developing Williams brand, we wanted to understand who his current and target audience was. Who they were, what they were struggling with and how William could best solve their problems. We wanted to achieve differentiation for Williams brand but not one so leftfield that his current client base would be turned off.

We defined three key personas who would come to William, each with different objectives and needs. 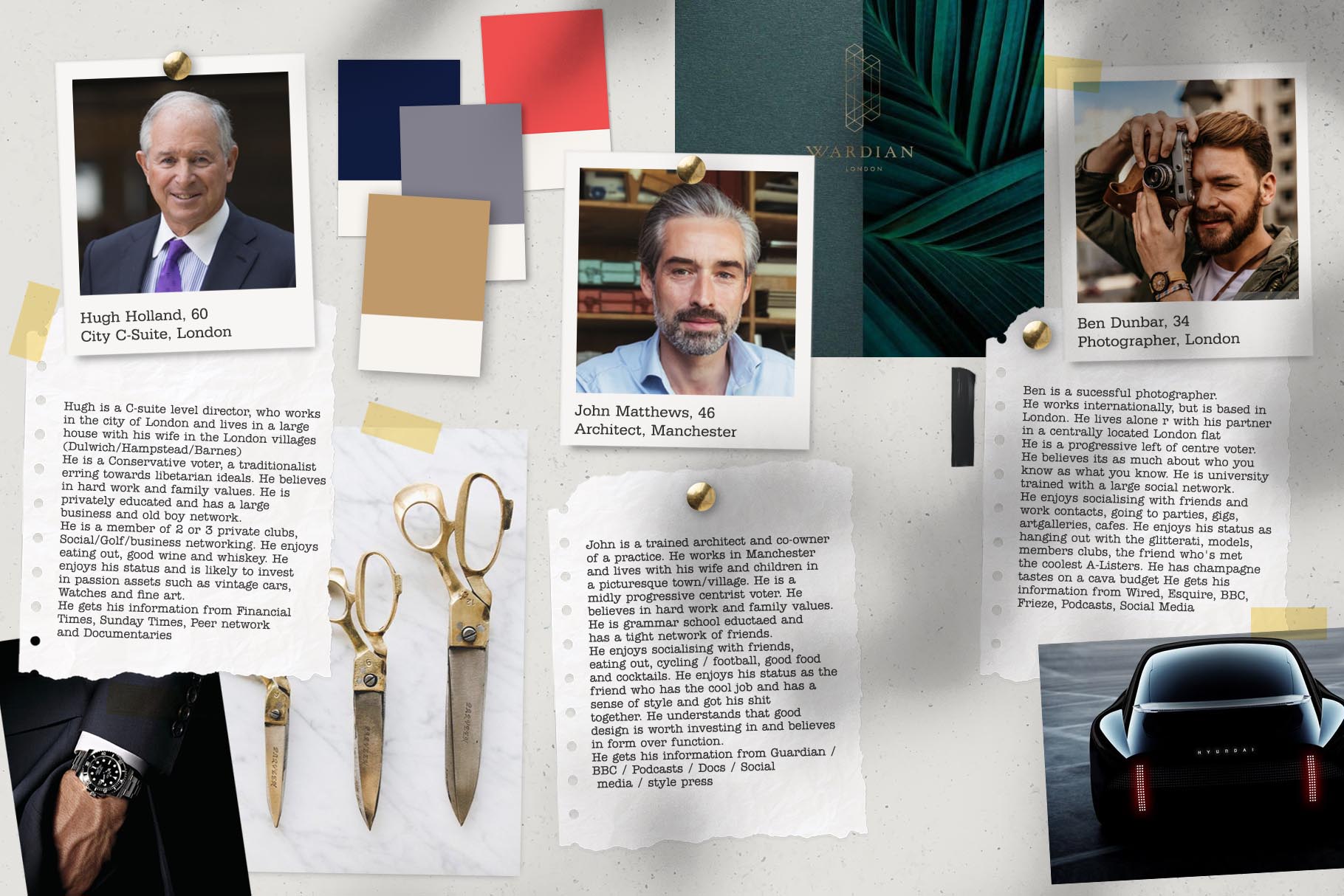 With insights from our discovery sessions, we collaboratively developed a full fictional backstory that matched their music. This would establish a baseline for narrative style and communications.

The tone and messaging strategy were implemented throughout the whole album and marketing efforts, this was a really strong part of the success of this campaign since “Spanglish” created a connection with the Miami public by being relatable to their listeners.

This approach created a strong differentiation factor not only from their previous band but from up and coming bands within their category. 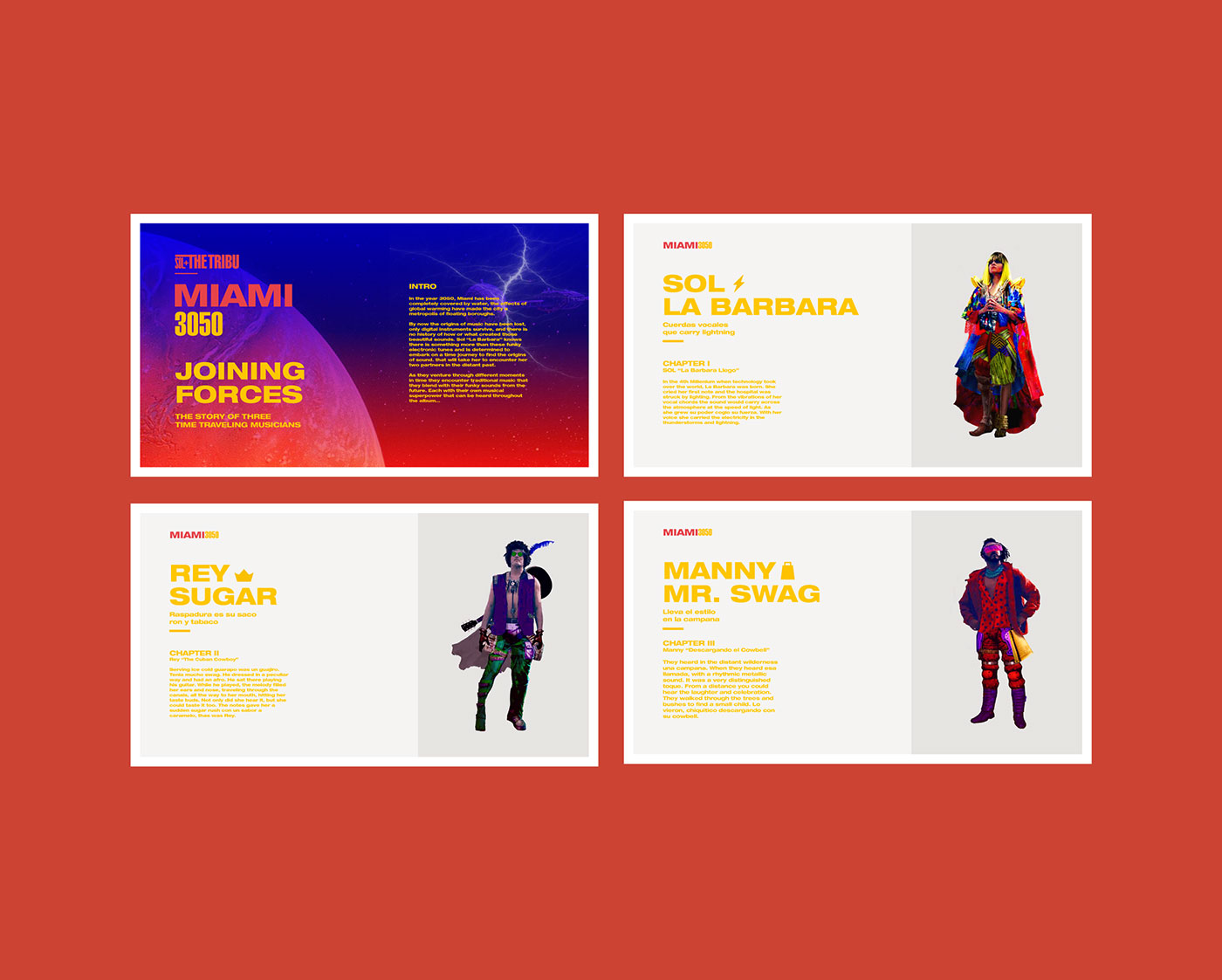 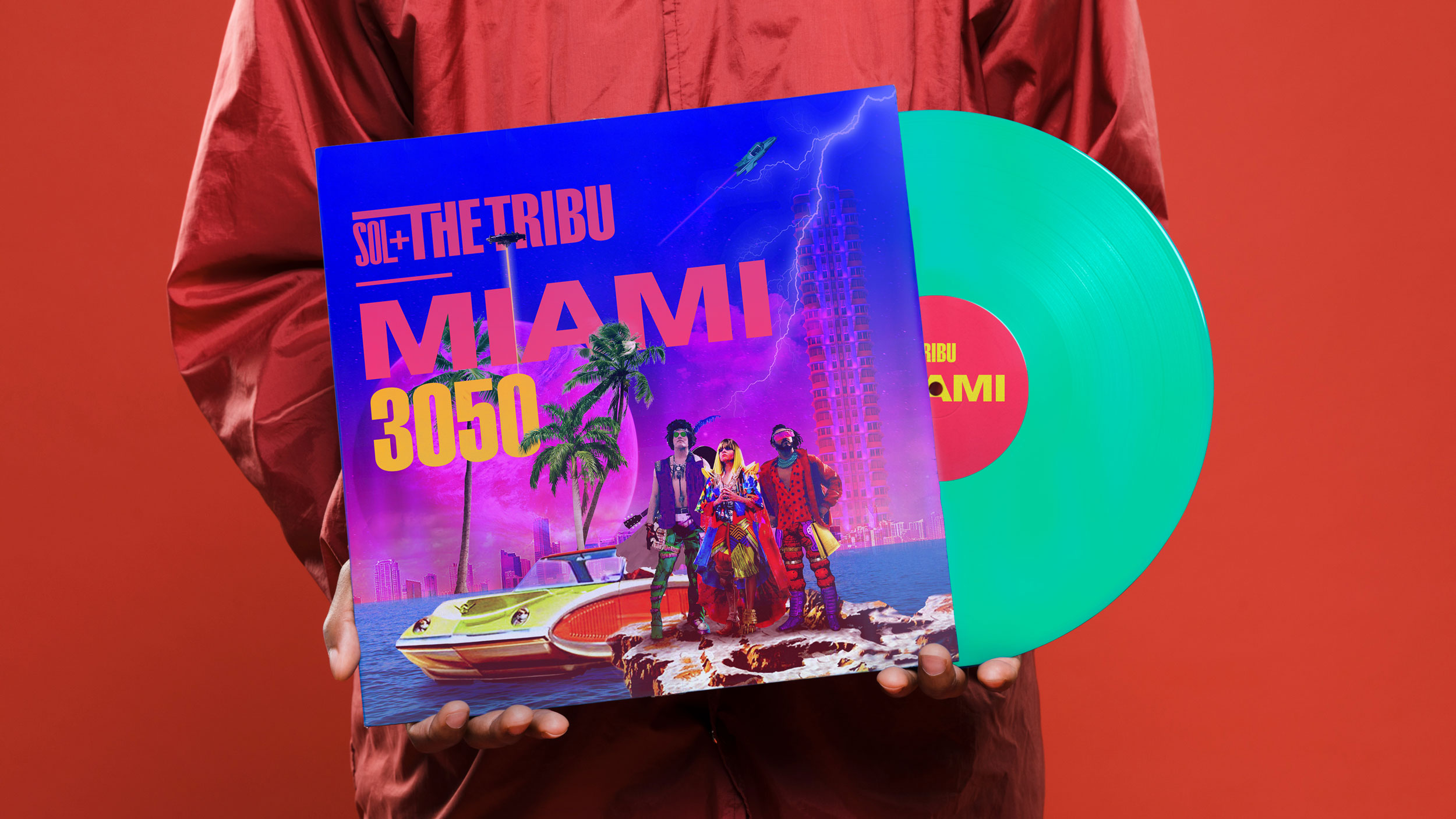 The development of the story defined a road map for the marketing effort. Each character completed a different chapter of the bigger story allowing us to engage with the audience and progressively gain awareness.

They were each presented through Instagram Stories, with a call to action to “see more” of the complete story on their website.

This was translated into the album’s songs, creating a larger narrative and structure for the composition of the album as a whole.

For the release of the album, a live concert was announced through different outlets. The new album would be performed and “Miami 3050” would be officially launched and available online.

We developed all the collaterals for the party to take place and be on brand.

This was not only a formality but an important PR opportunity for the musical project to gain ignition. 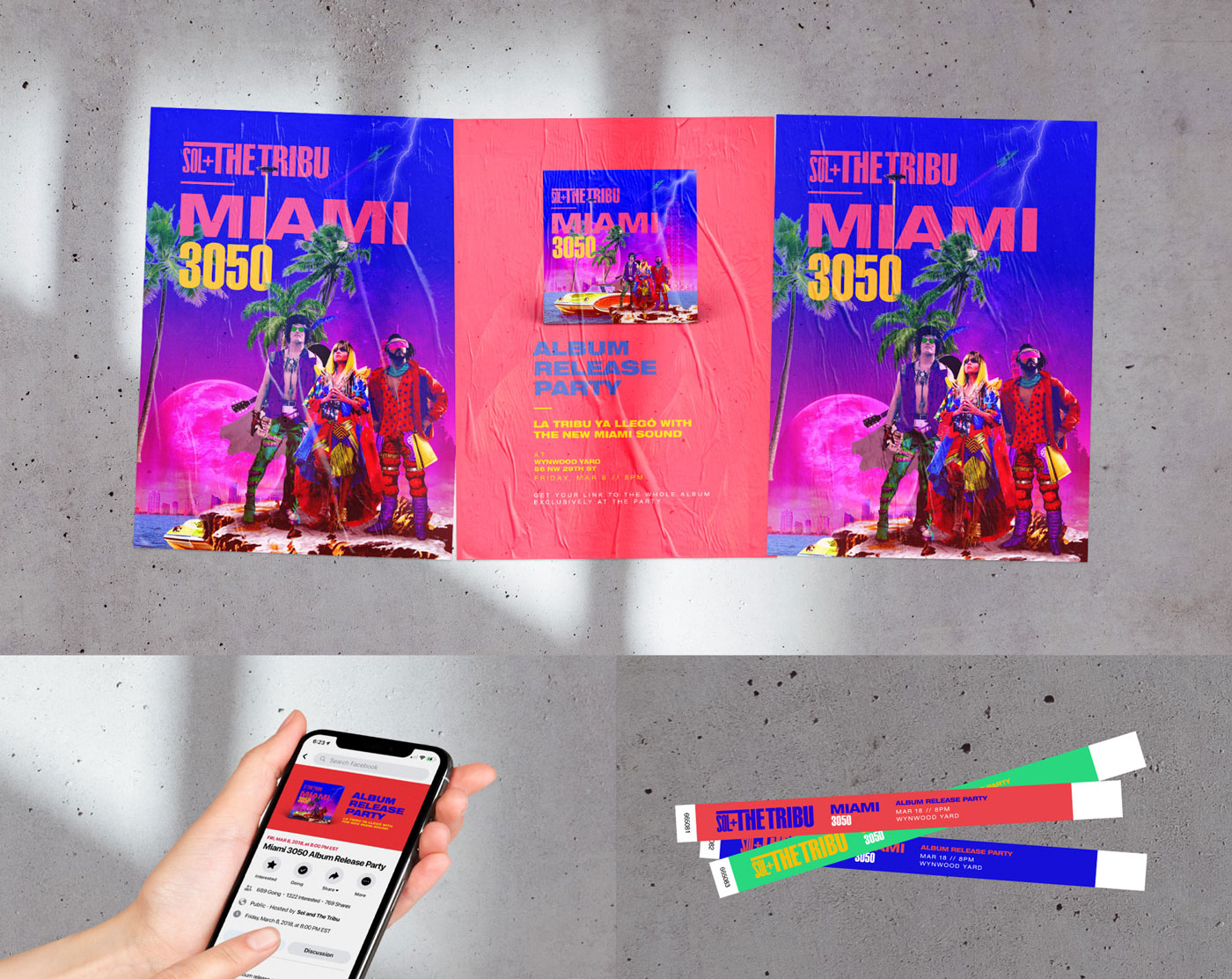 More than 250 people attended the live event, including music producers, booking agents, and fellow musicians that were formally introduced to the musical concept, opening the door for inquiries and future bookings. 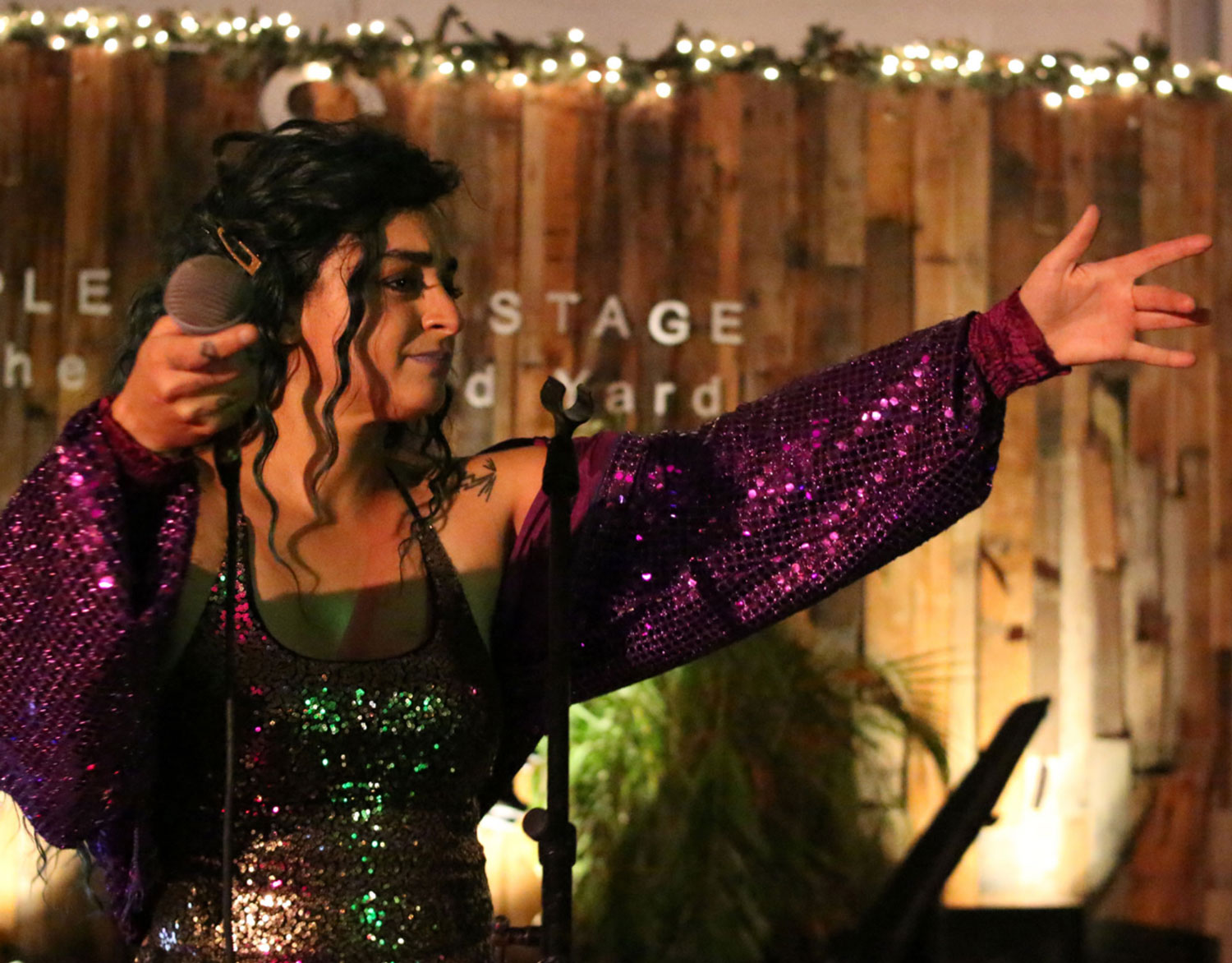 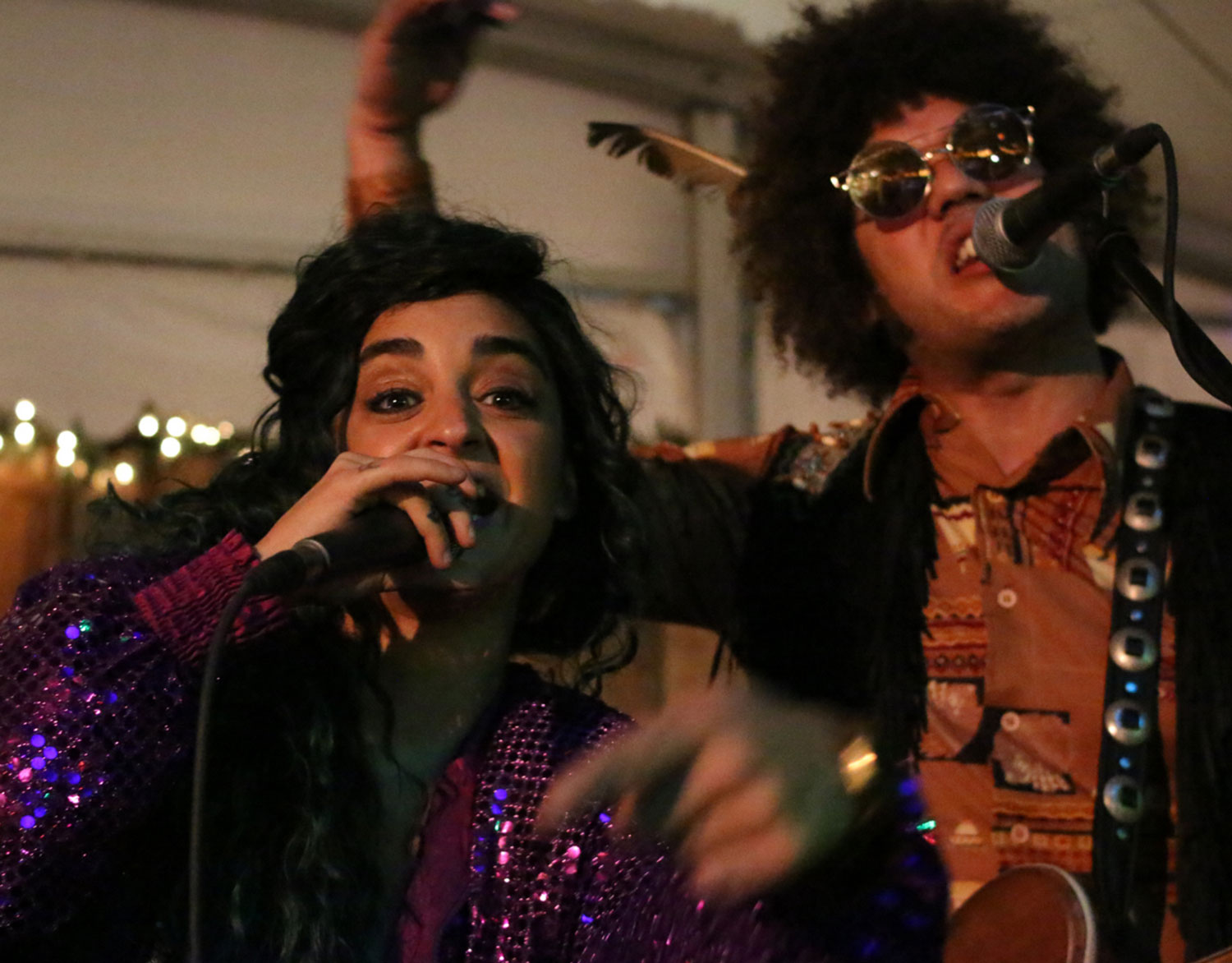 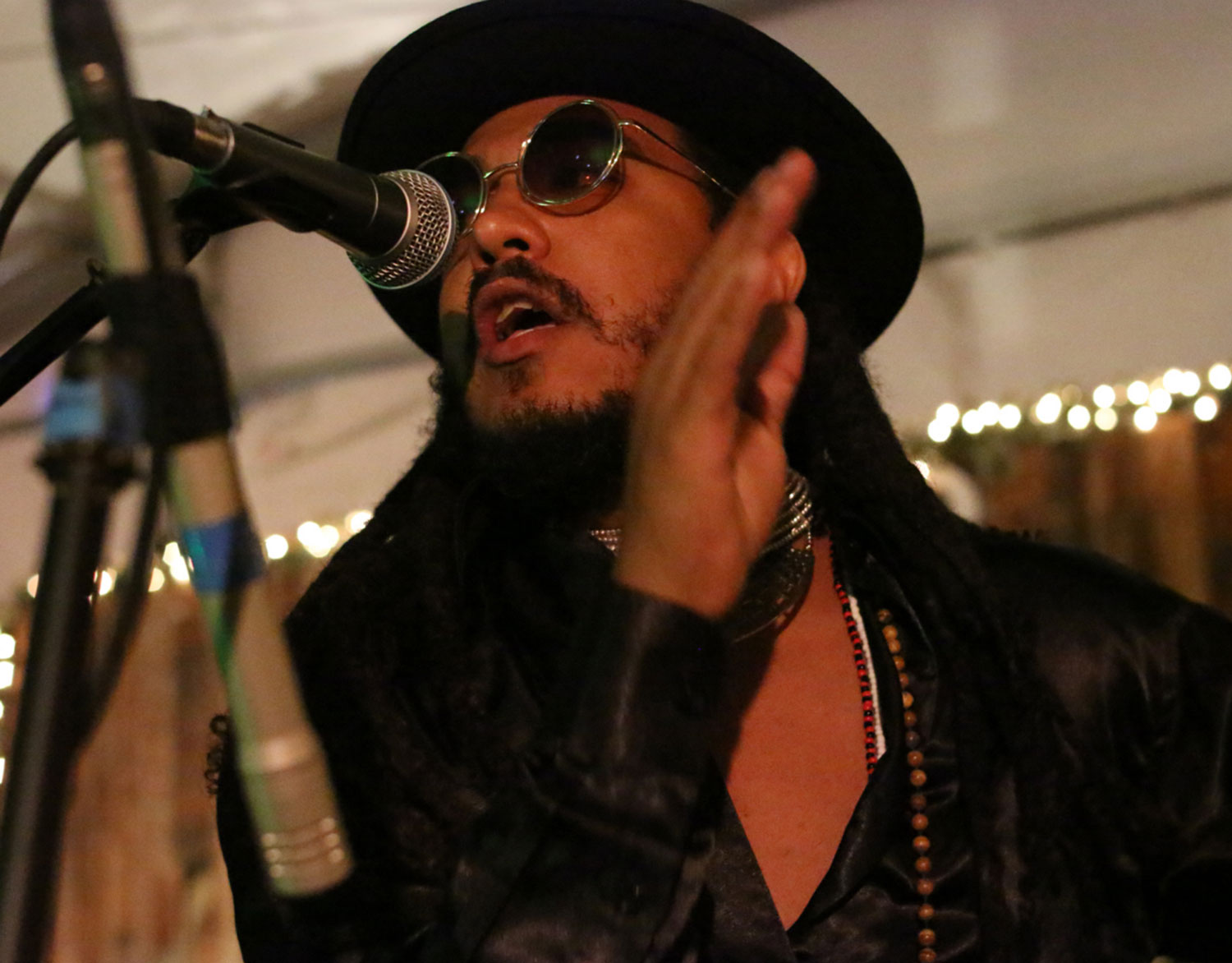 After the Release Party, the album could be streamed through different digital platforms. All the collaterals were created for this as well, maintaining the brand colors, aesthetic, and story.

Listen to the full album 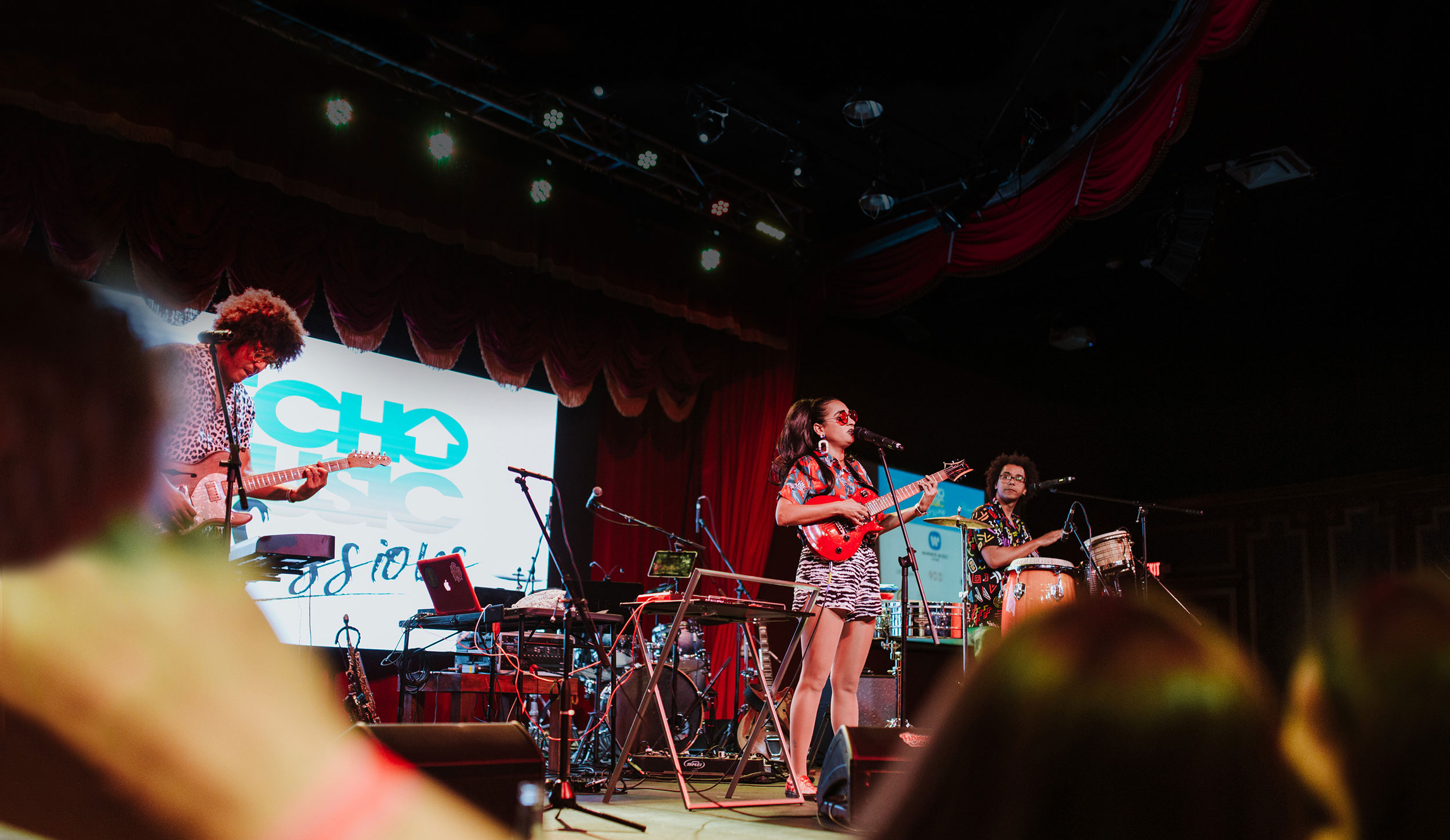 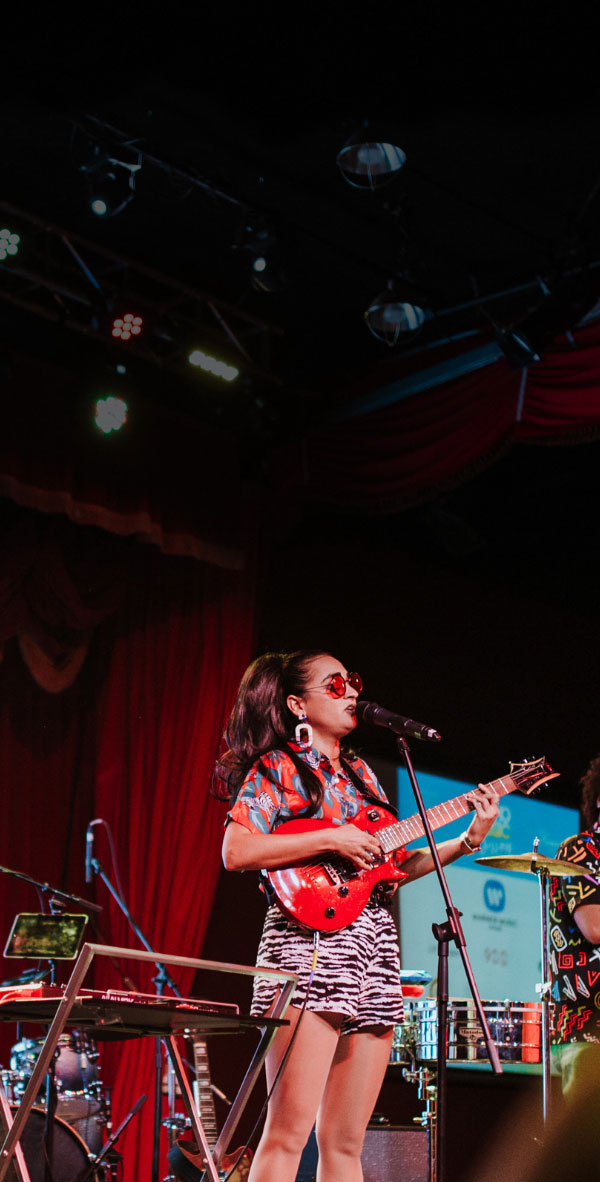 LEAD SINGER / Sol and The Tribu
‍
Next Project

Are you ready to take the big leap?

Starting a new project is a big step, we know, but we are here to make it fun and easier for you. Book a Call and let’s talk about your project.  We promise to clarify your doubts and guide you every step of the way.